The teacher has become the student 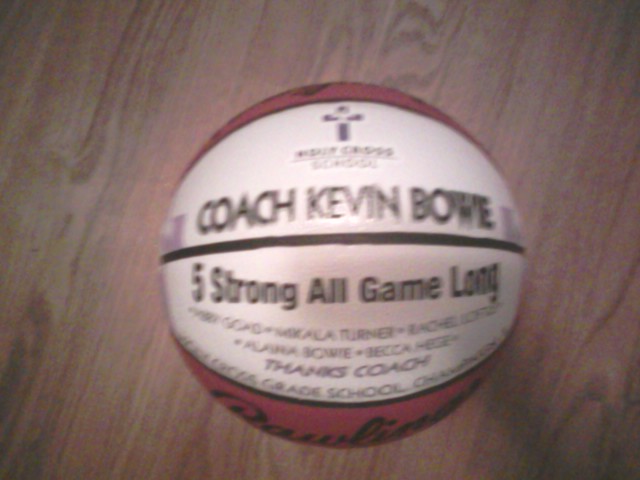 A few months ago I agreed to help coach my daughter’s basketball team. I was the assistant coach, paired with another parent who far surpassed my knowledge of youth basketball rules. A level headed, caring, smart guy. I had a feeling our team would do good. Then I saw the roster. Five. Five girls. Total.

From the get go our team had it rough. Some had basketball experience. Others didn’t. But that wasn’t the problem. The problem was if at any time during the game ANY of our girls wanted to sub out  – we would have to send in a sixth grader. Which means we would have to forfeit any chance of winning.

Each week there were multiple games. Plus multiple practices. And game after game – our team lost. By game five, we had ZERO wins. The girls were exhausted. Practices would go good. We would run drills over and over again. But the games were tough. We would be up against teams with 8 to 16 players. Our girls would watch girls sub in and out on the opposing team – never wanting to admit they too wanted a few minutes on the bench to catch their breath. Because that would mean a loss.

I was down. I wanted them to win. I was discouraged. Scared. Nervous for them. But loss after loss, they kept smiling and kept going.

Five losses followed by SEVEN WINS!  Had a single girl quit during that season – they all would have lost – in more ways than one.

Today the girls gave me a gift. It was very thoughtful. A beautiful painted basketball with their signatures. They also gave me hope, happiness and pride. Those girls defied the odds and they taught me just how important it is to face every day fresh, hoping for the best, trying your hardest. I couldn’t have asked for a better season or better team.